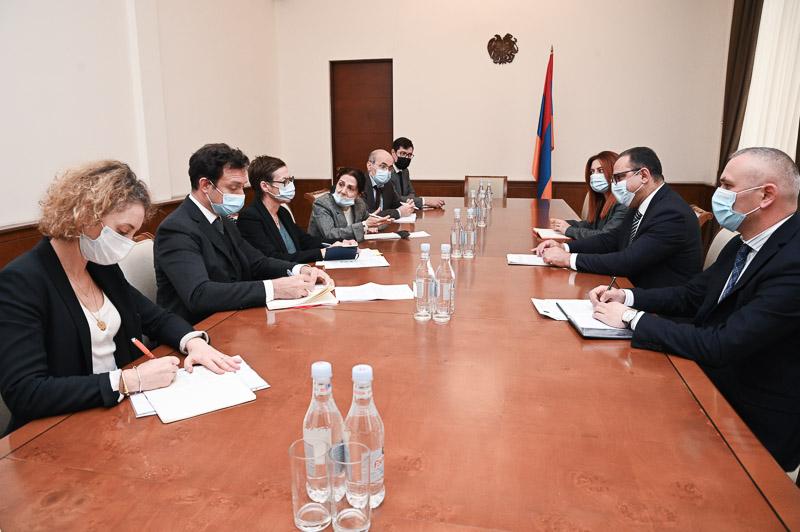 Today, on December 10, the Minister of Finance Tigran Khachatryan met with the Delegation headed by the Ambassador of France Anne Louyot. The meeting was attended by Head of Regional Representative Office of French Development Agency Raphaël Jozan, as well as representatives of the Embassy and the Agency.

Welcoming the guests, Minister Khachatryan highlighted the development of cooperation with France, especially in the process of implementing the reforms put forward by the Government. Tigran Khachatryan presented the main provisions of the Government program, as well as stressed the possibility of developing bilateral relations in the framework of the Armenia-EU Comprehensive and Extended Partnership Agreement.

In her speech, the Ambassador noted that she is committed to closely cooperate with the RA Government in the implementation of bilateral programs, further development of the Armenian-French relations and expansion of economic ties between the two countries. The Ambassador stressed that the French Development Agency will continue its active investment activities in Armenia, especially in the sphere of infrastructure improvement.

Head of Regional Representative Office of the Agency presented the progress of the programs implemented by the organization in Armenia, as well as expressed the readiness of the organization to elaborate new programs in line with the reforms put forward by the Government of Armenia in the future.

Minister of Finance had a working meeting with Andrea Victorin